Due to the strong heterogeneity of inter vivos transfers, modelling and predicting appears quite unrealistic. One of the most neglected questions in the literature is whether these private transfers occur over the course of a life-cycle, as pointed out in Arrondel and Masson (2006).

Financial transfers lead to different implications according to what stage of one’s life cycle they are received. For example, children’s consumption and human capital investments are largely funded by their parents. Such transfers add presumably to the children’s present and future in­comes. Liquidity-constrained adult children can extend their access to credit with their parents’ financial assistance; these transfers add primarily to the children’s consumption. Private transfers received later in life are presumably added to their wealth. 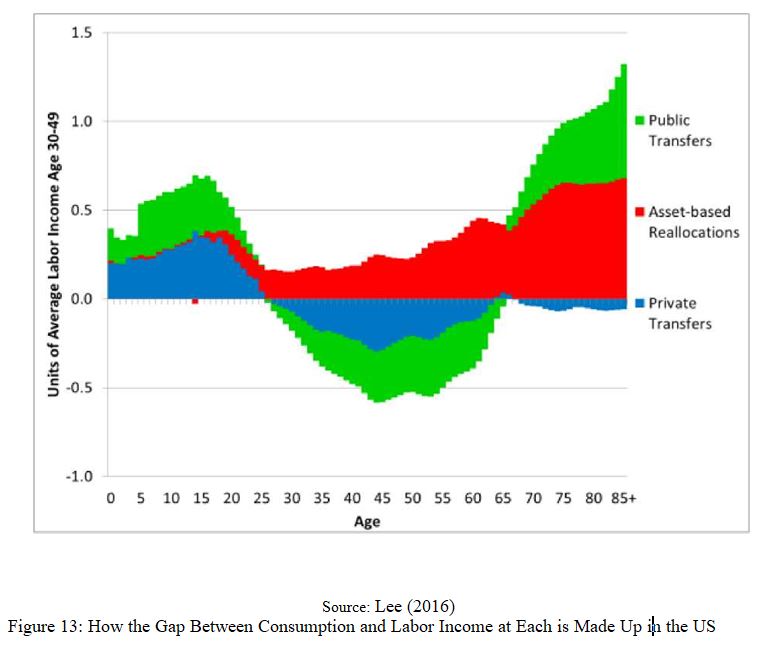 According to Lee (2016) in Fig 13, the United States’ main source of funding for elderly consumption is assets. Despite this percentage, however, American net private transfers between parents and children continue to be negative, including those in working age to older ages. In other words, downward transfer from parents to children is still dominant even after retirement. There is no change in the private transfer behaviors at retirement.